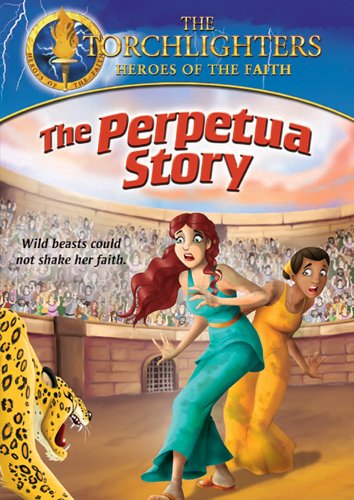 SKU: 7953
Add to Cart
It is the year AD 203 in Carthage, North Africa. Perpetua, an affluent young mother, is charged with converting to Christianity and is sent to prison. But her freedom can be secured easily. All she has to do is offer one pinch of incense in honor to the Roman gods. With this simple act of devotion and loyalty to the Roman Empire she can regain her freedom and return to her infant son and a life of comfort. As her father pleads for Perpetua to consider the welfare of her child and the reputation of their family, she slowly makes her way to face the Roman proconsul and declare her final decision. What will it be? This episode of Torchlighters: Heroes of the Faith presents one of the most influential, true stories of the Early Church.

Torchlighters is a series of animated programs for youth ages 8-12, presenting the lives of true-life heroes from Christian history. When kids see what God can do through a Torchlighter who is devoted to carrying out His will and purposes, they too may want to carry a torch of faith by serving Him.