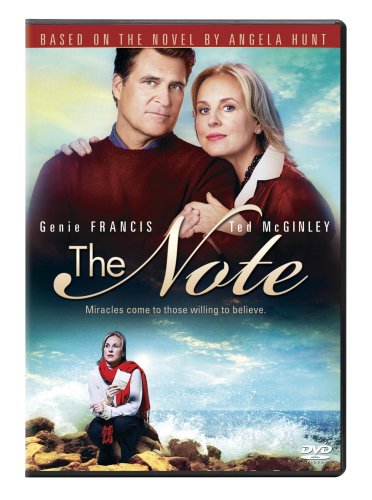 SKU:
Add to Cart
Product Description Following a tragic plane crash, newspaper columnist Peyton MacGruder discovers a note that was from one of the passengers onboard. She sets on a quest to find the person for whom it was intended, and discovers the life it will change is her own. Amazon.comThe Note is vaguely reminiscent of the 1999 Kevin Costner film Message in a Bottle--in which a newspaper reporter finds a letter in a bottle and tracks down the author. In this movie, newspaper columnist Peyton Macgruder (Genie Francis) discovers a note that appears to have been written by a father to his child just minutes before his plane crashed. Peyton--who lost her own husband in tragic accident--is compelled to figure out who the letter was intended for and deliver it to that person. Floundering at work and unable to find true love, she figures she has nothing to lose. Peyton is the kind of heroine who appears the most comfortable when she is experiencing a bit of misery. As she writes about her progress, she is surprised that her nearly-canceled column is now attracting national attention; readers turn to her column hoping to learn for the identity of the note's recipient. The movie (which was Hallmark's No. 1 rated picture for 2007) is designed to tug at viewers' heartstrings and Francis is more than up to the task to achieve this goal. After spending years owning the character of Laura Spencer on General Hospital, Francis eases into the role, making Peyton believable even in unbelievable situations. Ted McGinley (Married with Children) does a nice, understated job as her colleague and potential love interest. Based on the novel by Angela Hunt, the film is faithful to the film's core. It ends as it should--on a positive (albeit expected) note--with our plucky heroine rediscovering how to love and forgive herself as much as she does others.

Notes From the Novelist: A Conversation with Angela Hunt
Playing Peyton with Genie Francis