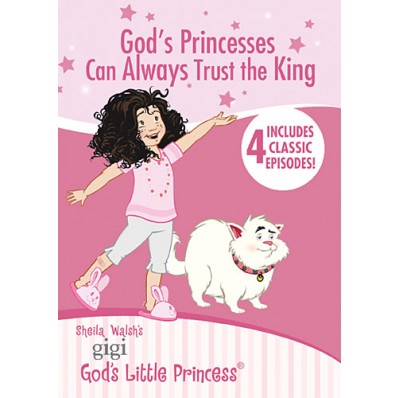 Every single princess is a part of God’s plan!

In this live action and animated adventure, Gigi might seem like an ordinary girl, but she knows that inside of her lies the heart of a princess. And, like any royal ruler, she expects to get exactly what she wants—especially when it’s her birthday! So when Gigi discovers that her parents did not buy her the Princess Pinky Starr Castle, she couldn’t be more disappointed.

Gigi’s imagination whisks her away to a fairy-tale dreamland, where she gets to build a real castle just like the one she demanded. But ignoring the King’s plans for her palace leads to disaster. Who knew that a moat of chocolate milk would attract a swarm of angry bees? Or that a regal-sized bubble bath would be so hard to survive? In the end, Gigi’s loyal servant (and cat), Lord Fluffy, helps her understand that the King’s plan is the best plan—even if it’s not what Gigi’s plan would be—because God always wants what is best for her.