Museum In A Book: Inventing America-The Life of Benjamin Franklin 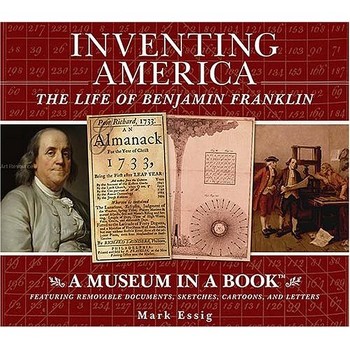 Although Franklin's contributions to the worlds of science and letters were enough to make him memorable, it was the American Revolution that made him legendary. It has been speculated that if it were not for Franklin's amiable relationship with the French, France would not have come to America's aid.

Using the same Museum in a Book format as the popular Lewis and Clark on the Trail of Discovery and Great Maps of the Civil War, Inventing America brings Benjamin Franklin to life through words and removable documents such as: