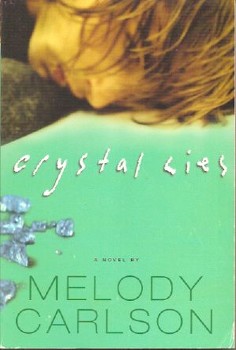 SKU: 1578568404
Add to Cart
From Booklist
*Starred Review* Carlson's Crystal Lies brings to life the horror of crystal methamphetamine addiction. Hapless Glennis Harmon, who thought she was a typical suburban wife and mother, wakes up one day to find her resentful teenage son, Jacob, addicted to meth, the "poor man's cocaine." In the bargain, Glennis' high-rolling husband is having an affair. Carlson's story is as much about a middle-aged woman's melancholy coping as it is about drugs, but Carlson makes the point that an addiction has ripple effects: on an indulgent mother; a self-righteous sister; and a stern, let-the-chips-fall-where-they-may father. Carlson provides no easy answers; instead, she offers a realistic portrait of addictive behavior, the trap of enabling, and the always incomplete process of recovery. Crystal Lies isn't as clever as Carlson's portrait of the ravages of schizophrenia, Finding Alice, but it's every bit as valuable for bewildered parents--and therapists. John Mort
Copyright